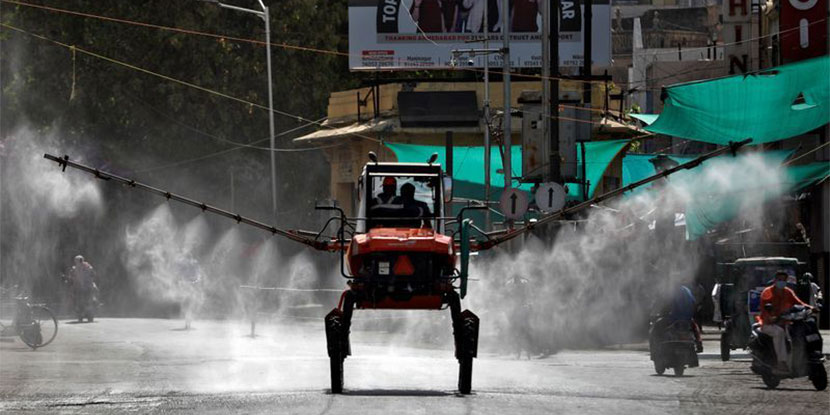 About 700 years back, Eurasia became the victim of black death, which resulted in the deaths of up to 75–200 million people. It was spread by flies and pests and the infected person used to feel the disease immediately after its attack and even then, little steps could be taken to avoid the deadly situation.

Coronavirus attacks like a soldier who when a spy and sometimes during the war, attack the enemy in disguise. After entering the body, it starts spoiling the immunity system of the body, the person remains asymptomatic for about 5 to 10 days and then symptoms start to appear.

While the person was asymptomatic, he was contagious and spread it to many others. This is the virus’s lethal way of attack and keeping in view this unique nature of coronavirus, the government and people can clearly set their policy to defeat the virus.

It is a bitter fact that the developed countries, despite being possessed with advanced scientific and medical technology have been severely affected by the Covid-19 pandemic. The USA has crossed the 60,000 death mark and they are daily reporting more than 2000 deaths.

The issue with the USA and many other European countries is that they were late in taking their actions to control the virus. Secondly, they failed to impose strict restrictions due to the fear of an economic meltdown.

Pakistan has edge over the other countries. As of now, 350 deaths are reported and a total of 16,000 people are affected. The number is well below the initial predictions of government. The lower number is partly due to timely restrictions and partly due to people exercising social distancing on their own.

Although, the above-mentioned facts are true and justified to a certain extent, still, it is strongly needed that, instead of getting defensive about the pandemic by closing down the whole country. The nature of the virus attack must be carefully understood and steps are taken to stop the virus from spreading when eventually the restrictions are eased.

One way is to increase the number of tests and incorporate new ways like pool testing technique and second, smart lockdown must be placed, i.e. open up businesses stepwise and slowly transition towards the opening up the country and wherever cases are reported, cordon off that specific area completely.

Times of opening and closing of different businesses must be mandated by the government to avoid create rush on the roads and marketplaces. The regions that are shut down must be then taken care of by providing food and necessary items to each house. The region’s mosques must also be shut down.

Nobody can deny the fact that only the steps, taken by the governments will suffice. In such a stressful time when the whole of mankind is suffering, the steps taken by the federal and provisional governments especially in the form of lockdown and creating awareness among the people cannot be ignored. With enough awareness about how coronavirus attacks and following the state guidelines, the coronavirus can be defeated and things will get to normal soon.