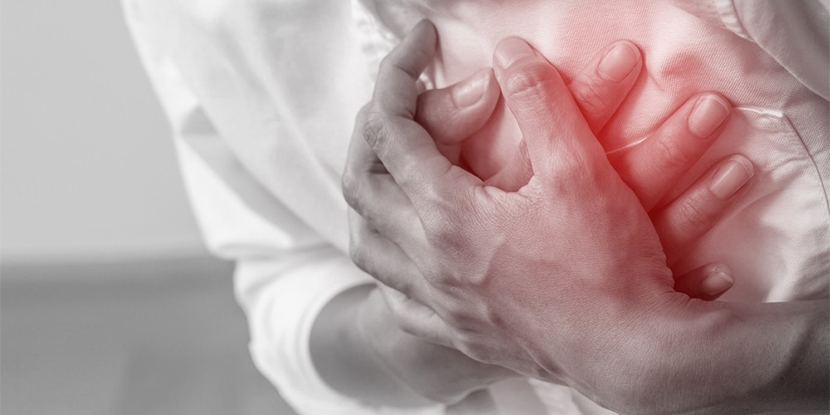 The heart is a pumping organ of the body that supplies oxygenated blood to the body and receives de-oxygenated blood from all over the body. There is a vast range of heart diseases or ‘cardiovascular diseases’ out of which heart attack is the most common. A heart attack is medically known as ‘Myocardial Infarction’ that is the leading cause of death in Pakistan. Here are major causes and symptoms of a heart attack.

30 to 40% of all casualties are due to a heart attack. On average, at least 1,100 patients die of a heart attack daily in Pakistan. Heart attack has some striking features that can indicate a person had a heart attack. The most obvious symptoms are pain in the chest, shoulder pain that radiates to the left arm, neck and jaw pain, difficulty in breathing, lightheadedness, and cold sweat.

Myocardial infarction is caused by several reasons. The most common cause is Coronary Artery Disease which is the damage caused to cardiac muscles when they are cut short of frequent blood supply rendering oxygen content to decrease due to blockage in one or more of the coronary arteries. The coronary artery is the main supplier of blood to the heart. The blockage occurs when these arteries become laden with cholesterol, a medical condition known as Atherosclerosis. The built-up deposition is often termed as Plaque. This causes thickening of the internal diameter of the arteries resulting in a narrowed blood vessel and increased pressure which consequently blocks the flow of blood to the heart. When an episode of heart attack occurs, the plaque gets detached from the arteries and enters into the bloodstream eventually forming a blood clot at the site of rupture resulting in a cessation of oxygen and nutrients to the heart finally leaving the heart Ischemic. Using certain drugs, the coronary artery spasm as a result blood flow stops to the heart causing a heart attack.

Numerous factors are responsible for the increase in the risk of getting a heart attack. The most important risk factor is stress. Stress has no physical existing but it is the root cause for many diseases. During stress, anxiety or depressions certain hormones are released that cause the heart rate to increase, cause shivering, and slows down breathing rate. If this condition persists for a longer period, it makes the heart weak and inefficient in functioning. In Pakistan, there are several reasons to get stressed out. Poverty, unemployment, deprivation of basic needs contribute to the stress of a common man leading to various cardiovascular traumas.

Smoking forms toxins that contract the blood vessels and depositing of plaque, hence narrowing the passage of blood to move with its normal flow. This becomes the basis of hypertension that leads to cardiac muscle damage. Obesity, lack of physical inactivity and unhealthy food choices are the inter-linked factors that increase the possibility of heart attack by two folds. Eating poorly nourished food and adopting a sedentary lifestyle leads to the deposition of cholesterol in the arteries. Some of the auto-immune diseases attack their own body by weakening the immune system making the body vulnerable to many diseases.

Adopting a healthy lifestyle, physical activity, cessation from tobacco, medications and a regular check-up prevent the people from getting cardiovascular diseases.