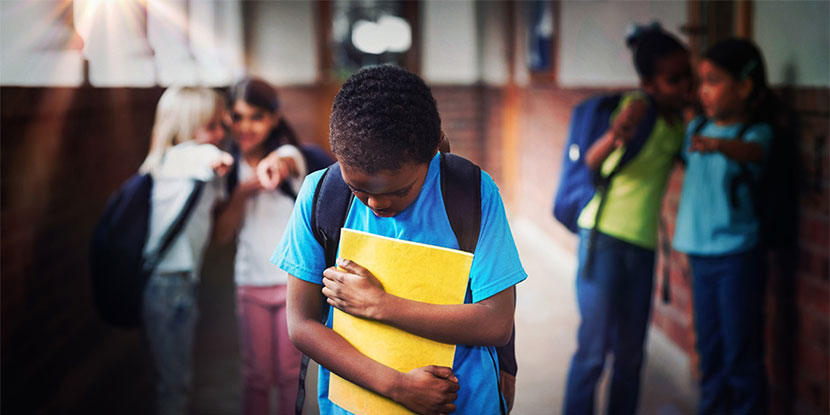 Bullying affects both the physical and emotional health of the person who is bullied. It remains in mind for later life and it leads to social problems, poor physical health, and lead to mental disorder.

Bullying can affect everyone—a person who is bullied, people who bully, and the bystanders who witness bullying.

Kids who are bullied

Kids are bullied in school, in the playground, and in even in the home by other siblings. When a kid is bullied, he experiences negative physical and mental health issues, his school performance deteriorates and his confidence is shattered.

Kids who go through psychological problems due to bullying and harassment start experiencing depression, stress, anxiety, increased sadness and loneliness, changes in eating and sleep patterns, and loss of interest in physical activities.

These issues may even persist into adulthood. The bullied kid starts missing out of gatherings, less socialize and skip, or drop out of school.

In bullied children, poor mental health, problems in adjusting in school and long-term self-esteem damage are the major risks.

Children being the victim of bullying tend to go towards taking drugs that ultimately destroys their life. They find studies a problem and their concentration from studies is diverted.

The bystanders, who witness bullying are more likely to develop their own mental problems, they live in fear of others and may even indulge in tobacco, alcohol, or other drugs. Some even start bullying other kids.

Kids who bully others

Kids who bully others become violent and develop risky behaviors into adulthood. They start using drugs in adolescence and as adults. Getting into fights, vandalizing property, and dropping out of school becomes their habits. As adults, they are abusive toward their romantic partners, spouses, or children.

According to a survey, bullying has an ever-lasting effect on mental health. Children who are bullied are mostly 8 years old that are more likely to develop many physiatrist issues compared to the kids that do not get harassed.

Besides all this, confidence is another thing that highly gets effected. Personality drastically damages that then requires too much effort to rebuild a child’s shattered confidence.

Every year thousands of children become the victim of physical harassment and bullying. According to the report, many children and adults commit suicide due to the harassment. Although kids who are bullied are more at the risk of suicide but bullying alone is not the cause. Many issues contribute to suicide risk, including depression, problems at home, and trauma history.

Pakistan comes on the 22nd number in the list of 25th countries that have high reported bullying cases. The suicide rate among boys is higher than that of girls. According to experts, mental health illness would be among the leading cause of deaths by 2030.