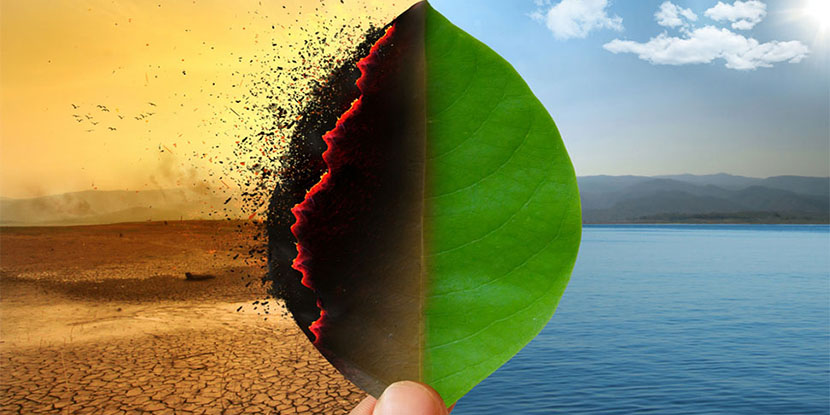 A few years back, I visited a far-flung tribal area in KPK. I remained there for a few hours. The thing that surprised me a lot was the barren area and the attitude of the people. Not only by appearance, but the population also seemed abnormally serious rather to some extent full of anger. Things were not looking good at that time. Later, I got the opportunities to visit many northern areas of Pakistan which were lush green and had a pleasant climate. The thing that again surprised me was the attitude of the people, living there. Those people were with smiling faces and had a great spirit of hospitality. I thought to find out the reason for the difference between the good and bad life of both the areas. The research opened the door to new knowledge.

Bionomists elaborated that there are a lot of rays that are emitted by trees which are greatly useful for the mental and physical growth of human beings. This is the reason that it is not only advisable rather must to cover 25 % area of the country with forests/trees. Trees play a great role in changing the climate of any area. In the areas, with an abundance of trees, the big amount of rain could be seen vice versa.

Above mentioned were the effects of barren lands on the minds of the people. Now are the physical effects of the climate which affect the body due to fewer rains that lead to a warm climate. One very important effect is the shortage of food and the storage system is not proper. People are directly affected by this shortage. Hot weather causes the production of mosquitoes which generate a number of diseases like malaria and dengue.

Moreover, whenever, we plan to go for an outing, we always choose the area which is lush green and full of trees like a park. We go there and feel amazingly relaxed even after coming from there, we feel relaxed for a fair amount of time. At home, sometimes feeling stressed, we move out and start walking aimlessly but then we feel quite relaxed. In a private meeting, a friend of mine who comes from the army asked me “Did you ever think, why the golf clubs are so green, full of trees and grass”? He answered that the moment we enter the club, we are relaxed.

With all the above talk, I tried to establish that climate is good, with an abundance of trees, grass, and waters, it will affect the minds of the people. People are happy, soft-spoken and relaxed. But if the climate is hot, without forest with barren lands, people, living there will be harsh, with stiff faces and unrelaxed.

As mentioned above, there should be 25 % of the total area of any country, covered by the woods. In Pakistan, there is only 3% of the area where woods/trees exist. The government should play an important role here and should start plantation at a large level, rather awareness should be created among the masses about this important issue so that the people at their own level may volunteer in the plantation drive. People can be made aware of the efforts of India and Malaysia particularly. In India, the use of woods is extraordinarily high because of their religious funeral activities but the area of their forests is not decreasing.