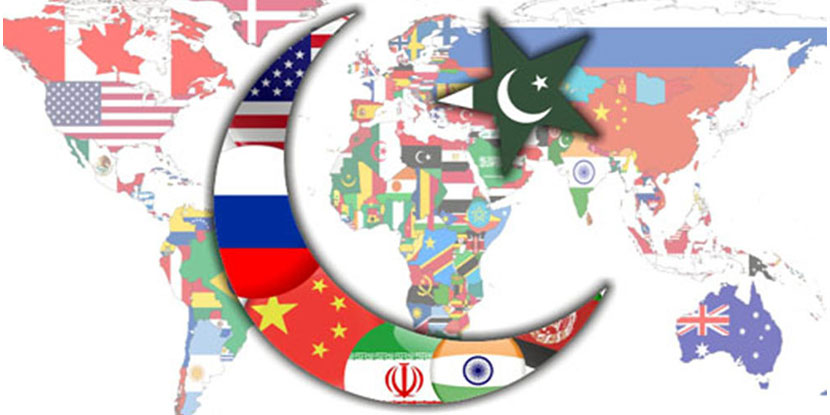 Collectively since independence, Pakistan has remained tilted towards the western camp. In the Cold War between the USA and USSR, Pakistan firmly positioned itself in the USA camp. Under the influence of the USA, Pakistan was compelled to sign SEATO and CENTO agreement. It has remained that way but the relationship with the USA always remained bumpy.

Pakistan became the US’s first major non-NATO ally in the Afghan war when USSR invaded Afghanistan. From thereafter Pakistan saw much foreign interference from different nations and it was used as a pivot.

The Afghan war brought extremism and fanatism into Pakistan when Pakistan chose to side with the US and used its top spy agency ISI to recruit and train migrant Afghanis who are students in religious schools (madrasas).

CIA weaponized Pakistan and gave loans to fund the Afghan “Jihad”. Muslims from all over the world were recruited as mujahideen and sent to Afghanistan to fight the invading USSR.

After the loss of the USSR, the hasty exit strategy of the US left weapons and indoctrinated fanatics in the country. After 9/11, the US invaded Afghanistan and made sure Pakistan was on their side, those trained Taliban revolted against the US and its ally Pakistan.

Pakistan paid a high price due to terrorism and extremism. Pakistani economy suffered a total loss of $126.79 billion and at least 60,000 people lost their lives due to external interference since the beginning of the war on terror.

Pakistan’s relationship with the neighboring country India has always remain sour. Both countries could not make peace even after more than 70 years of independence. They still fight for Kashmir and so far, 4 major wars have broken out since ‘47.

From the last couple of decades, both countries have avoided any direct confrontation and resided to use proxies against each other to bleed one another. Indian top spy agency RAW has been found many a time sponsoring terrorism in Pakistan and supporting different separatist movements.

There a lot of recent examples too, that could be presented here as proof of foreign interference in the country. Last year, the prominent Islamic countries decided to assemble in Malaysia to resolve the issues of the Muslim World.

Pakistani PM Mr. Imran Khan was among the strongest participant in the important conference but most surprisingly and agonizingly due to pressure from Saudi Arabia, Pakistani PM did not participate.

The worse type of intervention is from international and financial institutions like the World Bank and the IMF. Pakistan has always fared worst in economic stability and this has led to complete dependence on foreign loans. We have taken 17 loans from the IMF so far.

Recently Pakistan has pushed back the USA and firmly adjusted itself with the all-weather friend China. This has led to a big change in the foreign policy outlook of the country. China has made huge investments in the country through projects like CPEC. The country is seeing it as a game-changer that will revive the economy and put an end to foreign interference in the country.