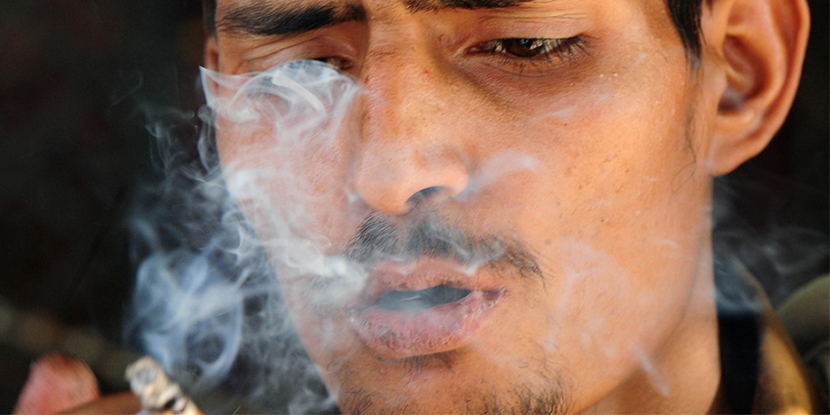 Drug addiction among the poor and lower middle class is even more than the upper-class in Pakistan. This addiction has gone to the extent that most of the poor begging on the streets are drug addicts.

Pakistan ranks the second most addicted country in the world in using drugs. It is due to the very large population of extremely poor. The country is suffering extensively from different types of drug addictions. Yet, no special arrangements have been made by government officials to stop the drug addiction among poor and save everyone from this epidemic.

Although drugs are not free or legally available that everyone can easily buy them. Some of the drugs are highly expensive that not everyone can buy it. Still, the poor class who has no money to fulfill their basic needs of life manages to find drugs daily.

Drug addicts have no life to live. Their health and education all go in vain when they start doing drugs. After the destruction of their personal lives, many are kicked out of their homes and they come on the streets. To still fulfill their addiction, some start doing crimes and become thieves and robbers. Some are compelled to beg on roadsides, in front of religious sites and shrines.

Poor drug addicts can easily be found in every other street in Pakistan. The most used drug is cannabis, glue sniffing, hashish, gutka, chars, opium, and heroin. People can have a direct approach to these drugs through links with drug dealers. All the provinces in the country are going through the epidemic of drugs and it should be addressed at the earliest. People highly suffering from addiction are increasing day by day and many poor die due to drug addiction.

Every day approximately 700 people die due to drug addiction and no proper rehabilitation facilities are available. Extreme poverty leads to chronic depression and that leads to drug addiction. When a poor person with no proper education and no basic life, fails to buy even his basic need than intoxication is the better option they think. They adopt drugs instead of staying in depression.

When a survey was conducted recently, a poor man, father of 4 daughters and 2 sons was asked that why he failed his family and chose to do drugs daily, he said that he did not have enough money to fulfill his family needs and due to extreme poverty he let go all his responsibilities and became addict.

This epidemic is affecting the everyday life of Pakistan. Every other city has poor laying on the streets and even children are intoxicated by drugs. A few months ago, an innocent child with torn clothes was lying under the metro bus bridge in Rawalpindi. When people gathered and asked him about his miserable condition, they found out that the child was a drug addict and he is homeless and has no family to go to. This is the present condition of Pakistani cities where such poor souls are seen everywhere and yet no proper steps are taken for drug addiction among poor for their rehabilitation.

Poverty is not a determining factor of drug use, however, someone who lives in poverty is more likely to use drugs than someone who can provide adequately for all their needs.