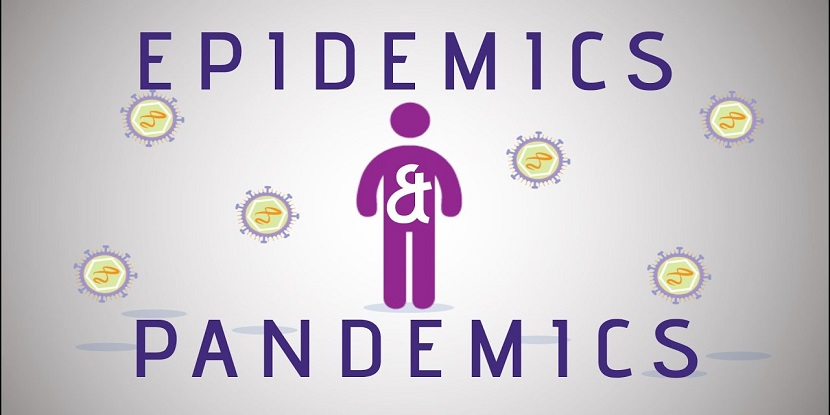 Epidemic and pandemic are somehow similar to each other. Both the words contain the term “DEMIC” which means “disease outbreak” but their means are not the same as many of the people feel ambiguous to make them different.

The epidemic is an outbreak of the disease which spread quickly and affects a larger population at the same time.

On the other hand, we can say that a pandemic is the type of epidemic in which an outbreak of disease spread globally an exceptionally high proportion of the population and an epidemic would not consider as a type of pandemic.

In terms of an epidemic, the part demic came from the Greek word DEMOS which means “people of the district” and the prefix “EPI” means later and pandemic also came in English and originated from the word PANEDOS which means “common, public”. Pandemic is also used for a disease like an epidemic when it came to English people.

The epidemic is a disease that affects many people at the same time within the locality or in a similar area where the disease is not permanently prevalent. The World health organization explains it more than epidemic is occurring only at a community level, for example, the community successfully stops the epidemic of flu before spread out across the country.

When in china city Wuhan affected from the disease COVID-19 and spread throughout the city and many of the people of Wuhan city died at that time, this was the epidemic, but sooner or later it spread in whole china and after that on the global level than this epidemic change into the pandemic.

A pandemic is an advance form of the epidemic when any disease spread into many countries from one area or country. A disease that is prevalent throughout the country, globe, and continent.

The world health organization introduces a new pandemic on March 11 which is spread globally known as COVID-19. In starting it was just an epidemic.

When one of the patients of coronavirus was traveling from China to the US then he met with his family members and within a few hours the disease spread in his family and after that many other people of their area and within a short period of time this epidemic would change into the pandemic.

Moreover, the epidemic can only harm a smaller number of people, but when it transfers from one place to another, then it causes a disaster everywhere and it becomes extremely difficult for the people to take control over it.

The pandemic is also known as a higher level of a global health emergency. Some other pandemics had also caused globally in 1720, 1820, and 1920 and now in 2020 that has become difficult to fight with them.