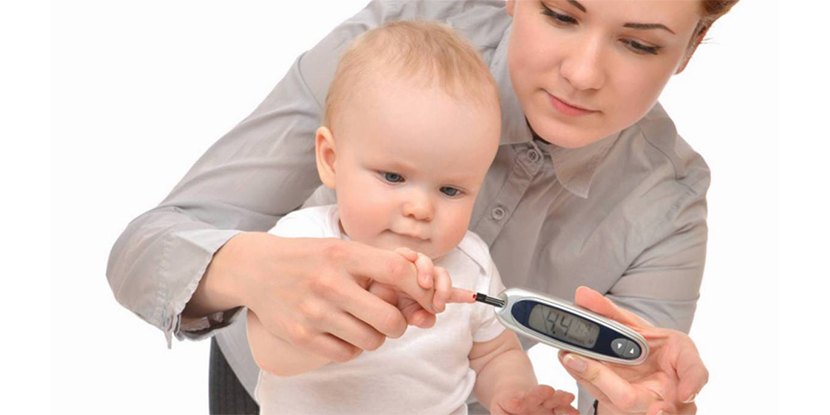 Pakistan is the 7th highest-ranking country in diabetes. 6.9 million people are affected by diabetes every year. Diabetes among children is also prevalent but people are not much aware of the issues related to it.

Diabetes in children is mostly type 1. In very rare cases, a child may develop diabetes type 2. In Pakistan, cases of diabetes in children have spiked in the last few years. Unfortunately, every year the number is getting much larger than the previous year. There is no specific cause of the presence of diabetes in children rather many cases are of genetic transferred diabetes and in some cases, a virus injects a child and with that, the production of insulin stops and, in this way, glucose does not enter into the body and diabetes starts taking place.

In the case of transference of diabetes through genes, it may occur if both the parents or one of them is suffering from diabetes and they may end up transferring it to the next generation. Not every child born to diabetic parents will get diabetes through genes because there is a rare chance of it.

Pakistan is that under-developed country where diseases are large in number. Every other person is suffering from some condition. Diabetes is one of them. Moreover, undoubtedly, the food intake and the environment are highly dangerous for everyone in Pakistan. Children are not provided proper food from their very early childhood. Consumption of sugar and salt is too high which may cause diabetes in kids in their childhood.

As diabetes in the masses is increasing day by day, diabetes in children is also increasing drastically. Children in their childhood are forced to stop eating their favorite sweet foods. They cannot consume ice creams or juicy things. Children like competition and they always compete with one another but a diabetic kid is not allowed to do many physical activities which may isolate them. The child feels ignored and tense. They cannot eat, play or do the same actions as others. Their studies are also affected.

Extra care must be taken in choosing the food items of your child. Children these days prefer the food of the market more than the home-made food. The wrong intake of food leads to a high sugar level. The intake of sugar, refined oil and refined salt is still commonly used in the country.

Sometimes, children start suffering from diabetes but parents do not recognize because diabetes in children is unheard of by many people. Some children may not develop the conditions in childhood but they may develop it as teenagers and young adults. Symptoms should be known to everyone to recognize to give treatment immediately. Test the child’s sugar level if he frequently urinates or starts feeling excessive thirst. If the child starts losing weight or pain in the muscles. If the child is tired, feels fatigued or feels hungry all the time. These symptoms show that something is wrong with the child and he must be immediately taken to the doctor to start proper treatment.

No campaign or special arrangement has made by now to make children free of diabetes. Pakistan’s health department needs to spread awareness of diabetes that is killing not only the elders rather children are also becoming the part of it.