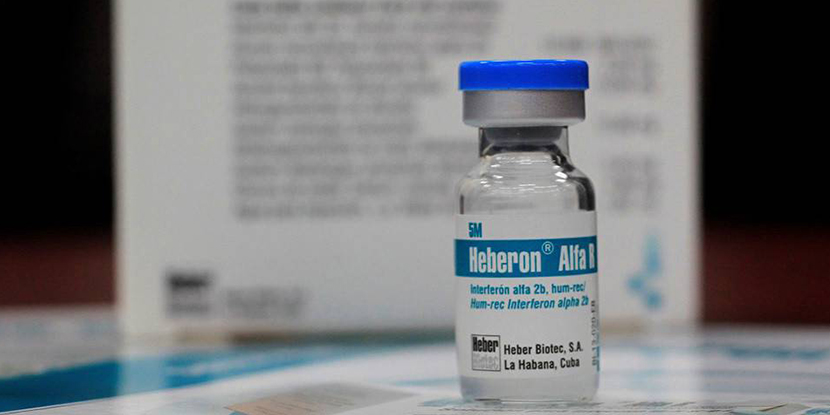 Cuba has invented the most effective medicine for Covid-19 that is being used in China and the other 15 countries have also demanded this medicine even though America is objecting. This small country has successfully invented a medicine for the global pandemic and the whole world is rooting for them.

According to the reports, this medicine is highly effective in treating the coronavirus patients and this was the main reason behind China successfully containing the epidemic. Chinese authorities started using this medicine in January from the very start when this virus outbreak occurred in Wuhan city.

The moment the outbreak occurred by the end of the year 2019, the Chinese state got into action to contain its spread. Amongst the first 30 medicines chosen by the country to fight the virus was the Cuban anti-viral drug called Interferon Alfa-2B, which has been produced by a Cuban-Chinese joint venture in China since 2003. Cubans have offered to provide this medicine to any country interested as an anti-viral drug to fight against the disease that has exceeded 570,000 confirmed cases worldwide so far.

This interferon technique was first used by Cuba in the 1980s which was quite successful in treating HIV, Hepatitis B and C, human papillomavirus and, other diseases. Then they used interferon Alpha-2B which was used to prevent the complication of diseases in patients who were near their deaths and fortunately the medicine did wonder. It interferes with viral multiplication within cells, and therefore it has been extensively used in the treatment of different types of viral outbreaks.

This medicine was first invented in 1981 in the dengue epidemic. Cuba was devastated by the dengue disease which was caused by mosquitoes. The virus triggered life-threatening dengue hemorrhagic fever. This epidemic affected nearly 340,000 Cubans with thousands of new cases being diagnosed every day. Almost 101 children were included in 180 total deaths.

This year after the virus outbreak the same medicine was found to even cure Covid-19. Cuban biotech specialist Dr. Luis Herrera Martínez explained the medicine by saying that “its use prevents aggravation and complications in patients, reaching that stage that can ultimately result in death.”

Cuba’s health sector was declining for years but after the reports of this medicine effectiveness emerged, Cuba got an extraordinarily positive response from across the world especially from different countries’ health sectors.

Cuba being a small country has something very useful to offer to the world. It can certainly help the world in these most difficult times. This medicine has been provided to some of the strong developed countries that asked Cuba. Pakistan is still deprived of this curing medicine and we are still looking for whatever remedies we got to treat the patients. US sanctions are also playing a major role in depriving different countries to buy this drug from Cuba.

Only time will tell whether Interferon Alfa 2B proves to be the wonder drug that will end this Covid-19 pandemic. So far, 26000 people from across the world have lost their lives and the numbers are exponentially increasing.