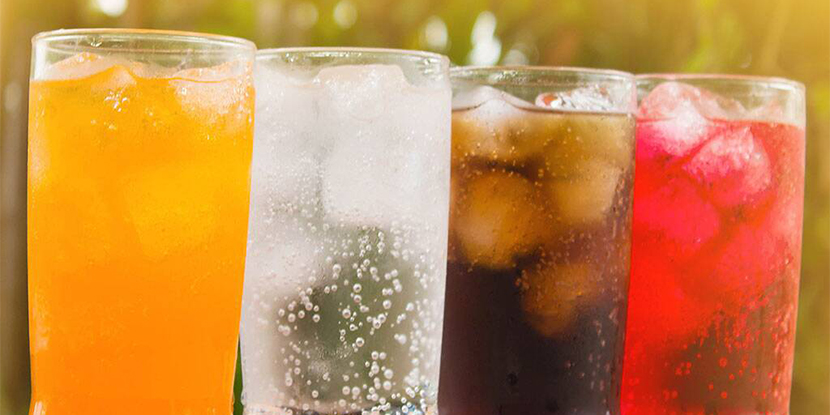 Cold drinks in Pakistan are the most consumed beverages. People prefer to consume them with all the foods they eat.

In Pakistan, whether there is a feast or any other family function, the food is considered incomplete if the cold drinks are not available. Soft drinks are playing a major role in people’s lives and they are also the reason behind many health problems. Approximately, 50 percent of the population in Pakistan is suffering from diabetes, heart problems, and obesity. Even though people have major health problems, they still cannot stay away from consuming soft drinks in their normal routine. The drinks make them enjoy their meals and many think that carbonated drinks are good for food digestion.

All the major soda drinks consumed contain carbon-dioxide, sugar, carbohydrates, and phosphate ions. It has been noted that a 350 ml coca-cola can contains 39 grams of sugar which means that we consume 10 teaspoons of sugar. In 600 ml of Marinda drink, 22 teaspoons of sugar would be consumed by us. The same is the case with other cold drink brands that had a high number of teaspoons of sugar that can easily destroy a normal human body if these drinks are consumed regularly.

There is a high risk, rather too many harms that affect the human immune system severely. They directly lead to diabetes 2, causes early puberty, teeth starts to decay, causes pre-mature birth in pregnant women, causes skin allergies, causes breathing problems, damages the liver, causes stones in the kidney and other diseases related to kidney, increases the risk of heart disease, alters the protein level in the brain , increases the risk of cancer and causes premature aging.

Unfortunately, many such experiments have been done on the consumption of cold drinks that people are well aware of, but they do not heed over such things because they prefer eating tasty food and drinking tasty drinks and think less about their negative effects on the health. Eventually, when they face some severe disease their doctor recommends them to quit all fast foods and beverages and then they quit them but then their health has gotten very poor.

An interview was conducted with a rather healthy 55 year old man and he was asked the reason behind his healthy lifestyle. The man had no diseases like diabetes or hypertension, etc. he said; “I always prefer to eat natural organic food and I never drank any cold drinks in my life because I know the amount of sugar the drinks contain. Drink more water and consume clean natural food. I am 55 years old and I have no signs of developing diabetes or heart problems”.

Higher authorities banned the selling of cold drinks in educational institutes because kids and teenagers get too addicted and they consume too many cold drinks that start destroying their health at a very early age. Still, the problem persists and a large number of cold drinks are consumed by all ages of people.