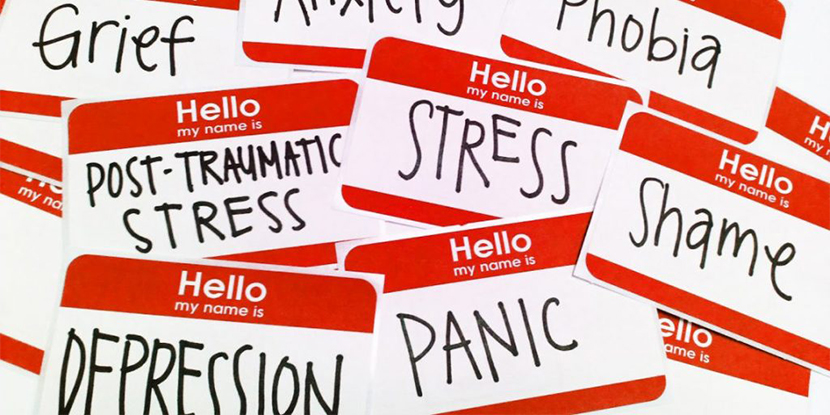 A personality trait is one of the common problems that lead to an increase in the risk of depression and anxiety. Conditions can be managed in most of the cases through medication and talk therapy.

Mental disorders are conditions that affect one’s feelings, thoughts, mood, and behavior. They may be long-lasting or sometimes occasional. They can affect the ability to relate other functions each day.

People have mental health concerns but these concerns become mental illnesses when symptoms and signs take the face of stress and affect the cognitive ability of the brain to function. Mental illness can become miserable and cause many problems in day to day life. For example, in school or colleges or in any workplace, a person may face any mental trauma.

A traumatic life event or ongoing stress like social isolation or domestic violence, living in a war and financial issues can increase the risk of post-traumatic stress disorders. Causes of mental illness may be due to the genetic factor, drug and alcohol abuse, early life environment, trauma, and stress or other biological factors.

Mental disorders (or mental illnesses) are conditions that affect your thinking, feeling, mood, and behavior. They may be temporary or chronic. They can affect your ability to relate to others and function each day.

Depression is one of the most prevalent conditions a mentally challenged person has. Almost 60 percent of people worldwide were reported to have depression. Women are more sufferers than men. It is characterized as sadness, lack of interest, feelings of guilt and low self-esteem.

Bipolar disorder affects 45 million people worldwide. It consists of both depressive and manic episodes. It includes low self-esteem. Rapid speech, mood swings, over-acting. People who suffer from panic attacks and do not suffer depressive episodes are classified by bipolar disorder.

Schizophrenia is a severe mental disorder that has affected 20 million people. it is characterized by distortions in thinking, emotions, language, hallucinations, delusions, wrong perceptions and highly negative thoughts. These disorders destroy a person’s life and the person cannot live a normal life.

Dementia is, on the other hand, a big cause of mental disorder from which 50 million people are suffering. It affects thinking ability and memory and cognitive abilities.