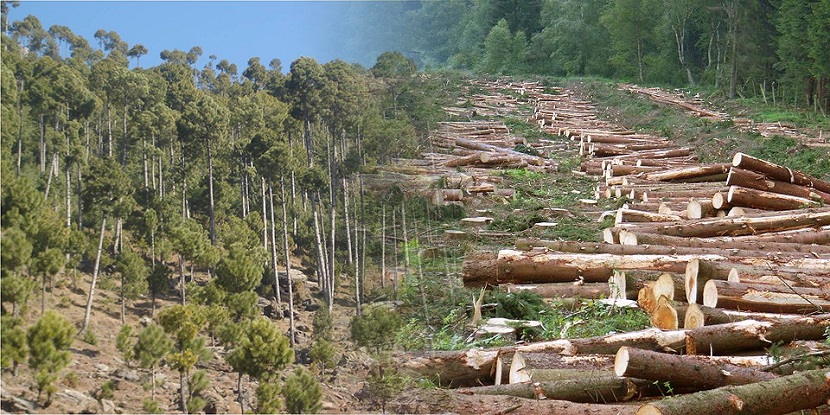 From a geographical point of view, Pakistan is situated in one of the best places in the world. It has four seasons and big glaciers and plenty of water. In the beginning, there was a big area, covered with the forests. The government of Pakistan could never be as strong as it supposes to be. As a result, corruption in all sectors of life penetrated.

Pakistan has precious trees of fruits and wood. Dyodaar (Cedrus) and cheer (Pinus roxburghii) are abundantly available here. The wood of these trees is used to making expensive furniture.

Countries are supposed to have 20 percent of its total area covered with plants, but due to increasing corruption in Pakistan, undesirable factors started cutting the trees ruthlessly. As a result, Pakistan has only 5-6 percent of the area covered with forests which are highly unfortunate.

No previous governments ever emphasized on the plantation and increasing the forest area in Pakistan.

The weather in Pakistan adversely changed. Northern areas of KPK were especially famous for being green and are suppose to be very attractive picnic spots. Thereto, the ruthless cutting of trees continued.

Talking about the diminishing of one very precious kind of trees, known as Nut Pine, will be highly relevant here. The northern area Chilas and Gilgit are the main sources of Nut Pine trees.

A few years back, the rates of nut pine available everywhere in Pakistan around 1,000 to 1,200 rupees per kg. Today, it is available at the cost of rupees 3,000 per kg. This is a great misery. The people of those areas cruelly cut the trees just for the very ordinary purpose and that is using them as fuel.

No local government, provisional government, and even the federal government stopped the murder of the most precious trees. 100 percent blame cannot be put on the poor people of northern areas particularly, those who used to cut the trees to use as fuel.

Governments have failed to provide them Sui gas. Moreover, the rates of kerosene oil have always been increasing and out of the approach of poor people. Therefore, they opted to cut the trees.

One tree emits oxygen, which is sufficient for three persons, but due to the scarcity of plants, issues of health due to lack of oxygen in the atmosphere also appeared. Trees are the greatest source of an abundance of rains and this beautiful creature of God saves the population from a different kind of atmospheric pollution. All these things show, things moved in the adverse direction as far as the condition of forests is concerned.

The present PTI government is the first government that has shown the determination of increasing the forest area in Pakistan. It has come forth with the plan of planting one billion trees. The efforts of governments undoubtedly seem at least on the sides of GT road.

Moreover, elected members of PTI particularly have been emphasized to take the responsibility of increasing the plants in their areas. It is likely that if the efforts of governments continue in the same direction, the forest area in Pakistan will increase and it will be good news.