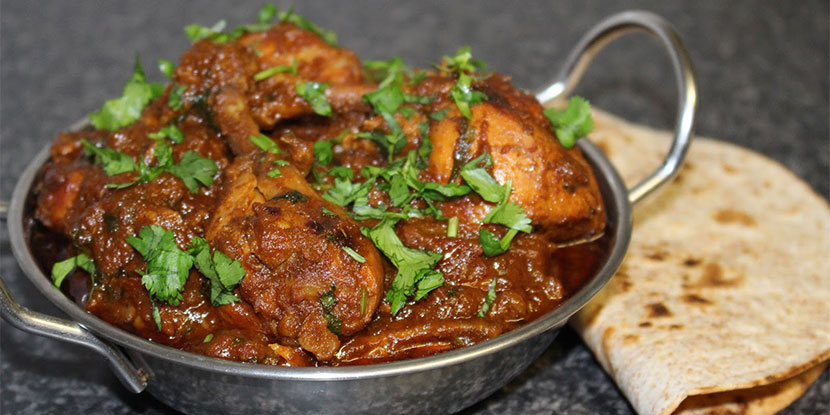 Pakistani cuisine characterizes by the combination of several regional cooking traditions of the Indian Subcontinent and Central Asia from the Mughal Empire Legacy. These cuisines show Pakistani cultural diversity and ethnicity. Punjab and Sindh’s cuisines are especially very spicy and highly seasoned which is one of the characteristics of the East. Whereas, the cuisine of Western and Northern Provinces of Azad Jammu Kashmir, KPK, Baluchistan, Gilgit Baltistan, and Tribal Areas are described as MILD, the characteristic of flavors of the Central Asian region.

As far as international cuisines are concerned, fast foods are highly popular in Pakistan in different big cities. These foods are the blend of many recipes like Local and Foreign recipes. Chinese cuisine is very popular in urban areas of the country and it has become a part of Pakistani cuisine.

Readymade spices (masala) are easily available. Mixed and ready to use spices are becoming popular. Different brands of spices are being produced that people like to prefer, instead of preferring making and mixing different ingredients to ready single spice at home. However, the same cuisine differs from home to home according to the taste of people.

Pakistanis judge the taste of food by its smell before even tasting it. The dishes are known for having tantalizing aroma and most importantly for the spicy flavor. Many dishes have a dense amount of oil that one of the reasons behind the mouthwatering look and flavor. Pakistan uses different types of oil brands according to their choice.

Pakistanis prefer a wide variety of spices or ingredients to make dishes like cloves, black pepper, cinnamon, green cardamom, nutmeg, brown cardamom, bay leaves, turmeric, chili powder, and cumin seeds. There is another most used ingredient that is the mixture of aromatic spices I.e. “garam masala”. It is the most popular spice used in most of the Pakistani cuisine dishes.

People in the country are used to having a minimum of three meals a day. The breakfast in the morning, lunch in the afternoon, and dinner at night. They take some light baked or fried snacks with tea in the evening.

Pakistani call their breakfast “nashta” that consists of boiled or fried eggs or omelets with parathas, tea, lassi, qeema, chole, milk, butter, jam, shami kebab, nuts and sometimes they prefer rusks or Bakar Khani too. On some special occasions or holidays, they like to eat “paye”, halwa puri, and chickpeas stew.

Their lunch consists of meat, curry, and rice, or roti. Daal Chawal, Aalo Gosht, Chicken Karahi, Pulao, Biryani, Mutton Korma, and mixed vegetable dish are among the most common dishes.

Ordinary Pakistani’s day does not complete without dinner. They prefer food like biryani, nihari, kofte, korma, qeema or kebab, etc along with roti and naan with the touch of yogurt, salad, and pickles. Their occasional dishes contain some traditional sweet dishes like kheer, Gulab Jaman, ras malai, and Gajrela.

The eating pattern gets changed only in the holy month of Ramadan when the whole country starts fasting. Their pattern changes according to the Islamic tradition such as they eat a pre-dawn meal called sehri, and then they fast till the sunset in the evening time.