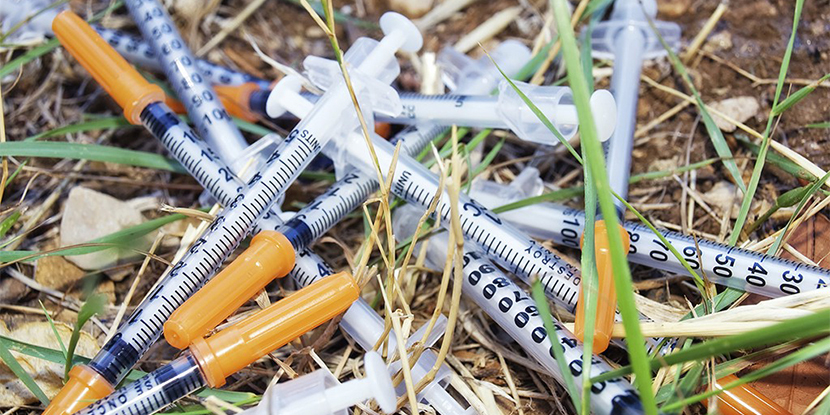 Many diseases that continue to spread in Pakistan are caused by infections when people are injected with an already used syringe. The reuse of syringes leads to the risk of contracting diseases like Hepatitis B, Hepatitis C, HIV, and many other blood-borne diseases.

This criminal practice is still going on in different healthcare centers of the country because our healthcare system is unmanaged and unsupervised by the authorities. Public hospitals in rural areas remain unclean and patients contract many diseases due to contamination and on top of that patients are injected with an already used syringe.

In government hospitals, management is least concerned about the proper usage of equipment. People come to the hospitals to cure their diseases but go back with an infection of an already used syringe. Poorly managed staff is using the same syringes for injections. In many cases, the practice is done out of corruption and in some cases, the same syringes are used many times to save money.

The practice is even more common outside hospitals. Due to poverty and lack of hospitals in villages and towns, people go to quack doctors for their treatment. They are not qualified doctors and many are illiterate persons with fake doctored degrees. They treat patients with disposed of materials of other healthcare centers. The injections they have are already used and they pick them up from other hospital waste.

Many people are suffering from diseases that they contracted through a re-used needle. Injecting the same syringe more than one time leads to adopting Hepatitis. The hepatitis disease is therefore wide-spread in the country. On the other hand, syringes are also used to take blood and that same syringe is then used to take other patients’ blood that ultimately leads to the contraction of deadly diseases like HIV.

More than 68 percent of the syringes are unsafe in Pakistan. Medical practitioners use the same syringes knowingly and consequences are simply ignored. Such malpractices keep on going with impunity. Many hospitals are simply unequipped and they do not have the resources to use a new syringe and dispose of the used one.

Pakistani government hospitals are provided with the funds for the equipment and other important necessities every year. Unfortunately, more than half of the funds stay out of the approach of the hospital due to the menace of corruption.

The system of health is in a very dire situation and people of Pakistan are suffering in many ways regarding health issues. Every year, thousands of people die of different diseases in the country and the authorities continue to look the other way. They ignore it as if the provision of health facilities is not their mandate. The sad part is that those incompetent people are again elected by the same people who suffer and the status quo remains the same.

The country is in dire need of an action that should be taken by the higher authorities against the reuse of syringes.