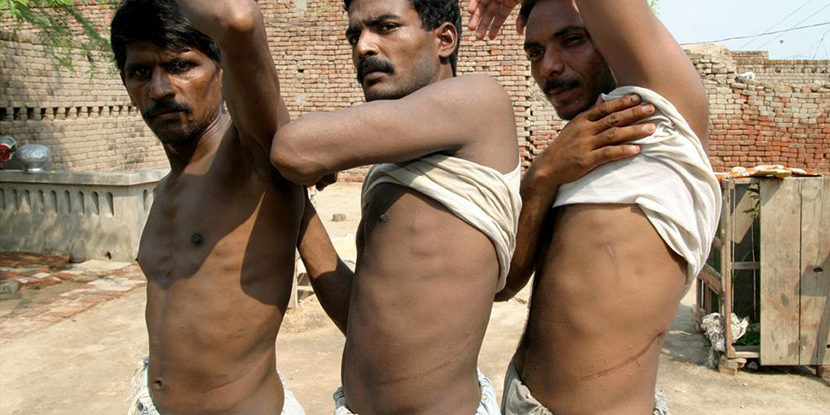 In Pakistan, poverty even compels people to sell their body organs for the sake of money. The extremely poor population of the country which constitutes around 25 % of the total population has scarce resources to even put food on their table daily. When people are starving to death they can even to the extent to do this controversial illegal trade of selling their organs for whatever money that is offered.

In Pakistan, the business of selling kidneys or other organs of the body is done commonly. The doctors and the buyers do this openly by giving advertisements in the newspaper, social media and even big banners are printed. Those banners can be seen on billboards and behind the auto rickshaws. There is no strict enforcement from the government to end this unlawful and immoral business.

Some special vendors do the organ selling business. Poor will come to them to sell their kidney, the price is set, statements are signed that the donor is donating the organ willingly and then they set an appointment. A person does the surgery who in many cases is a quack doctor. The poor are given its price and then the vendor sells it at a high price to whoever needs a kidney transplant. So it is common that a young lad in an impoverished family will be living without one of the kidneys.

Transplantation, to cure oneself if someone’s kidney, heart or other organ fails, is not an illegal or wrong act but compelling people to donate one due to their poverty is a corrupt practice. Many people are debt-ridden and to pay the debt they got no other money source but to agree to sell their kidneys. Poverty is the major risk due to which a poor person goes to extreme extents to earn money, whether that is legal or illegal.

People have started to make it a proper business for transplantation that whoever wants to sell his organ can easily sell, proper doctors and staff are available and all the instruments would be there. Proper clinics have been set for the purpose and no one notices that the corrupt practice organ trafficking is carried out. Then this setup sells those organs at high prices to the high class who needs the transplantation.

Another common practice is that people go to some clinic for medical treatment and the doctor prescribes them some surgery. To start the surgery, they are made unconscious and their kidney is extracted without their will. Recently a crackdown was done to put an end to this extremely unlawful activity but still, cases emerge in impoverished rural areas.

Poor people continue to put their organs for sale to earn money. Unemployment, illiteracy and too much poverty are becoming tremendously dangerous for human health. A debt-ridden poor man, whose child suffers from some disease and he is unable to pay for his medical treatment will ultimately opt to sell his kidney or any other organ.

Poverty is the only factor that is compelling poor to do such acts that is why more wide-spread poverty alleviation programs need to be introduced by the state to give money to people so that they can meet their daily necessities.