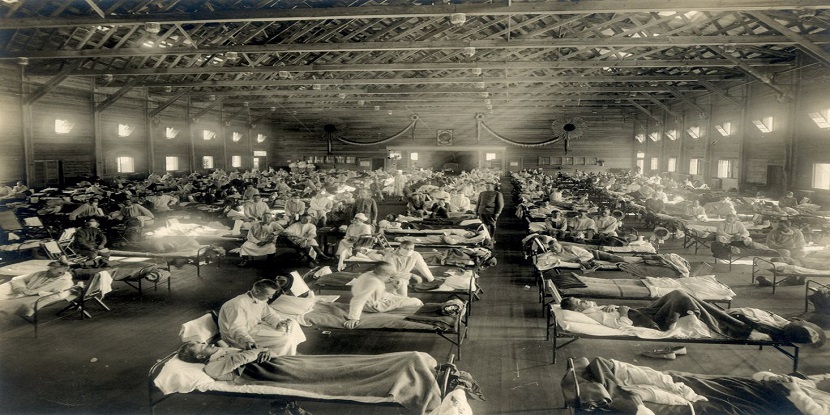 Human beings witnessed deadly pandemic diseases in history, mostly died of infectious diseases or contagious diseases like Coronavirus these days started in 2019 and have spread throughout the world in 2020.

Such pandemic diseases are extremely vulnerable to the whole of humanity worldwide. The sad truth is, such diseases cannot be predicted easily rather they show themselves when it becomes highly vulnerable.

Unfortunately, no one could predict the pandemic like COVID-19 although respiratory diseases could be predicted easily as the pollution has risen to a higher extent and forests have been left very less in ratio. Still, such type of drastic attacks could not even think.

According to BBC Future prediction news in 2018, they reported that there can be a pandemic of flu, which will be for the time being and vanish out with a matter of time.

It would be like other millions of undiscovered viruses in the world. Moreover, in 2019, Donald Trump said that the pandemic will cause due to some novel viruses that will spread in the whole world.

Now the question arises, how did Americans predict about this pandemic disease. The discussion would take a long time, but whenever any pandemic attacked, it took millions of lives and till now in march 2020, 950,430 lives have been attacked so far and 48,276 people have died worldwide. This is the present number but in history, millions of lives became the victim of some of the viruses. Here is some deadly pandemic diseases in history.

In 1889 this virus attacked in industrial ages. It was an influenza virus. This disease spanned in the whole world that killed one million people and within only 5 weeks, it reached a peak. This virus started from Russia, where the first case was diagnosed and further cases increased and then it spread throughout the world and especially in Europe, although no air travel was available in those times. It ended in 1890.

Spanish flu started in 1918. This virus was extremely contagious that 500 million people became its victim from the South Seas to the North Pole. This flu spread and lethality were enhanced by the overcrowded conditions of soldiers and many other poor nutritious people who were experiencing at that time during the world war 1.

The Black Death outbreak in Great Britain that was caused a mass exodus from London led by King Charles II. This plague outbreak in 1665 in April which spread so rapidly that 100,000 people died. It was in extreme summer days. Fleas from plague-infected rodents were one of the main causes of transmission. And after its end, a new catastrophe got up in London, which is called the great fire of London in 1666 that lasted for 4 days after burning a large area of the city.

This disease is transmitted by mosquitoes. This epidemic was experienced millions of people in Philadelphia, where 5,000 people died in the hot and humid weather as mosquitoes were spread in such weather particularly. Finally, after the arrival of winter, this disease disappeared but did a great loss.