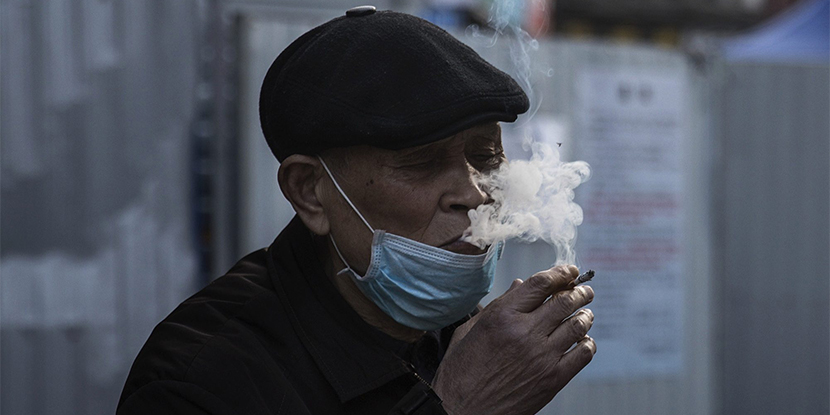 Around 3000 people die every week due to smoking in Pakistan. Smoking has harmful side effects which may cause some deadly diseases that may lead to heart attacks and different organ cancers.

Heart disease attacks smokers more than non-smokers. Cigarettes contain nicotine that reduces the amount of oxygen in the heart and puts more stress on the heart. Moreover, smoking blocks and narrows arteries and the effects are that less blood and less oxygen are provided to the heart. Heart diseases are the number one cause of deaths in the whole world and the main reason behind it is smoking. One of 5 deaths due to heart attack occurs because of smoking worldwide.

Asthma is another widespread disease in the world. It is a chronic lung disease in which air does not enters or exits easily from the lungs. It is an extremely painful condition from which half of the population of the world suffers. It not only affects the smoker but also affects the surrounding people. When a non-smoker inhales the smoke, it directly affects his lungs.

Due to smoking less oxygen is transferred to the blood and the heart condition deteriorates. Blood clots are formed and they block the flow of blood to the brain which is the main cause of brain hemorrhage and stroke. Stroke causes slurred speech, alters brain functioning, causes paralysis, and may ultimately lead to death. Stroke is one of the leading causes of death and disability, mainly in elderly people.

Lungs are the foremost organs that get affected by smoking. Smokers have 23 times more chance of getting lung cancer than nonsmokers. Inhaling smoke is quite harmful to each organ of the body for a non-smoker. 7,330 die every year worldwide from inhaling smoke. 20 to 30 percent chances for a non-smoker increase to get lung cancer if the person lives in a smoke filled area.

Chronic obstructive pulmonary disease is also among the deadly diseases caused by smoking that is the leading cause of death worldwide. This disease is a silent killer which slows the growth of the lungs. It happens due to smoking for a longer period of time. 80 percent of this disease is caused due to cigarette smoking. .

What diseases can you get from vaping?

Apart from smoking, E-cigarettes also produce a number of dangerous chemicals including acetaldehyde, acrolein, and formaldehyde. These aldehydes can cause lung disease, as well as cardiovascular (heart) disease. E-cigarettes also contain acrolein, a herbicide primarily used to kill weeds. It can cause acute lung injury and COPD and may cause asthma and lung cancer.