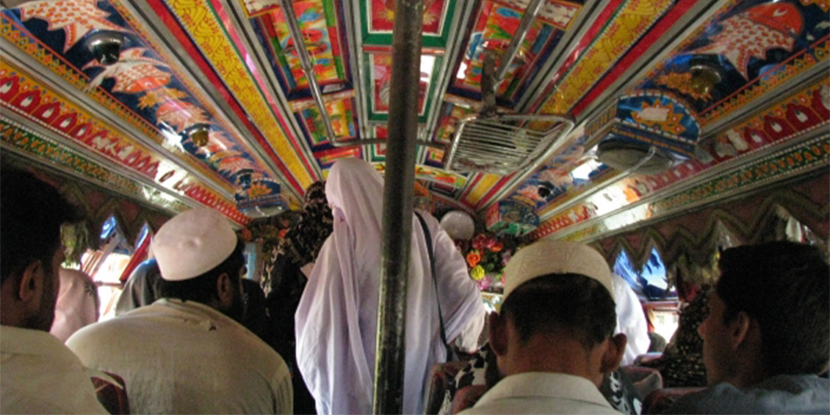 Traveling in Pakistan is extensive and more than half of Pakistanis are daily commuters who travel daily to their workplaces and educational institutes. Their daily commute is through public transport on long distances in old vehicles. Those vehicles cause noise and air pollution and noise pollution play a destructive role in making travelers stressed and depressed.

Noise Pollution has been a big issue in Pakistan which is mainly due to a fast-moving large number of vehicles honking on the road. There is an immense number of cars, motorbikes, trucks, heavy vehicles and auto-rickshaws on every road and street daily throughout the day. The negative impact of noise pollution on human beings is indefinable. Moreover, as Pakistan is a developing country, there are many incomplete roads, damaged roads, under construction roads and poor planning roads due to which they get choked at rush hours and the daily commuters bear the rush and loud noises on the way to their destination.

People are becoming mentally stressed with these highly disturbing noises. The daily travelers who travel daily to other cities or towns are getting mentally upset. Almost all of them are burdened with their daily traveling schedule but they got no other way. The issue is prevalent in rural areas where public transport is not organized.

The stress-induced due to noise during traveling is destroying mental as well as physical health. A person goes to work to earn money and to gain skills but in doing so a daily commuter gets distressed and anxious. According to research, people who travel daily to and from the workplace or educational places are more likely to be indulged in the worst depression and they have poor mental health.

Daily travelers mostly belong to the middle or lower class families and the public transport in rural areas they take is mostly through low standard vehicles in a very bad condition. The buses and coaches have no proper seats or window and the driver or conductor are abusive and have intolerant behavior. The loud honking horns everywhere due to heavy traffic on rough roads are unbearable and have an even larger negative impact on human health.

Many of the students have been observed traveling daily to their college or university while many of the office workers do the same and the majority of them are not traveling with comfort and convenience. Pakistan has a great shortage of jobs and many people are lingering here and there just to find work of any kind. They can tolerate traveling from one city to another or even too far from the home just to earn.

Public transport needs to be sorted out by the higher authorities and some important fixes must be done. Old buses and vehicles of bad conditions must be replaced with new clean vehicles. Honking on roads must be banned because they cause noise pollution. Roads must be fixed and junctions, where traffic jams happen in rush hours, must be specially taken care of.