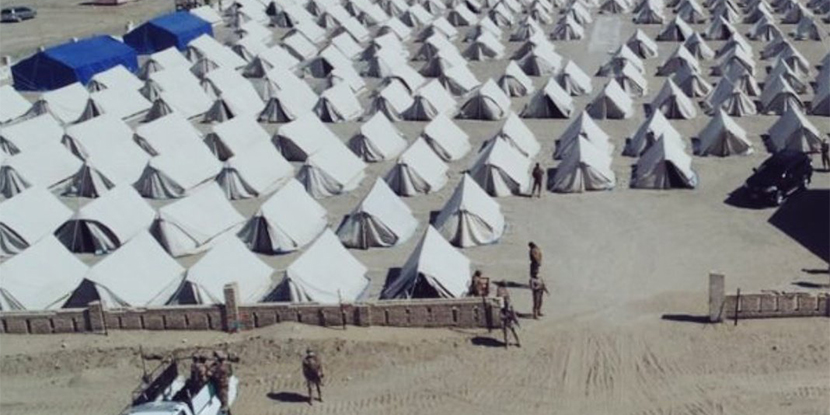 The provision of the basic necessities of life to its citizens is the first and foremost duty of any government. To some, the developed countries are successful in this regard. The developing countries, on the other hand, are badly lacking here. The countries which exist in Africa and Asia are quite unfortunate not only economically but socially and politically too, in ensuring the welfare of the people. Pakistan’s GDP always revolves around 3 % which is one of the lowest GDP in the world. This is the background of the country where covid-19 is spreading widely.

Even the GDP of India with a population around 1.3 billion has been more than 5%. Even Bangladesh, formed after the dismemberment of Pakistan in 1971, has around 8 % of GDP which is the highest in the world. It would not be out of place to, mention here that Bangladesh has been successful in pulling about 15 million of her population from the poverty line in recent years.

What is the problem with Pakistan is the question that needs to be addressed by all Pakistanis. Pakistan was established in 1947 and since then it witnessed the era of peace rarely. Not only political unrest remained part of the fate of this country but also economic, social and cultural restlessness badly damaged the image of Pakistan all over the world. Looking at the overall situation, one can comment that it is the inconsistency of the democratic process that injured Pakistan to a greater extent. The actual representatives of the masses could not reach the electoral bodies like Provincial Assemblies, National Assemblies, and the Senate. The feudal Lords, big traders, retired generals, and retired bureaucrats occupy the seats in the noble electoral bodies and as a result, the issues, faced by the masses, in general, remain unaddressed.

Poverty, unemployment, high pollution, substandard food, and unclean water are issues that are causing psychological and physical diseases in Pakistan. It is reported that more than 50 % of Pakistanis are suffering from Psychological diseases of one kind or the other. Drinking unclean water is causing kidney failure at large. Streets and roads are full of garbage which is the reason for multiple other diseases. Substandard food is a big cause of crowd in the hospitals. Proper treatment of the citizens comes under the responsibilities of the government. But in Pakistan, like other capitalistic countries, they put this responsibility at the shoulders of those who are fond of just collecting wealth. As a result, proper medical treatment has become extremely expansive in Pakistan. Then the poor or middle class has no option but to bank upon the quacks or homeopathic “doctors”. Therefore the tragedy continues and the death rate also increases.

Healthcare department of the country is therefore badly hit. Hundreds of diseases are already killing millions of people in the country but COVID-19 has now taken a big place in them. All diseases are curable but only if health care centers are there. Hundreds of people are suffering from a virus and many hospitals have rejected their admission and now they have no choice except to stay at home and apply home remedies because the thousands of patients of this pandemic can easily overwhelm the hospitals and healthcare centers in the country. It is the need of time that the Parliamentarians should look into the issue and number of healthcare units like the Basic Health Unit, Tehsil headquarters hospital and District headquarters hospital must not only be immediately increased rather the quality of these healthcare units should also be improved without sparing any time. The government should keep one very important thing in view that the bureaucracy and doctors who own the private hospitals can be the big hindrance in the way of providing the cheap medical treatment to the masses at large as this would be a threat to their business but if the immediate action is not taken in this direction, the country could become the victim of chaos like a massive panic Covid-19 has caused in other counties because Covid-19 is spreading widely .