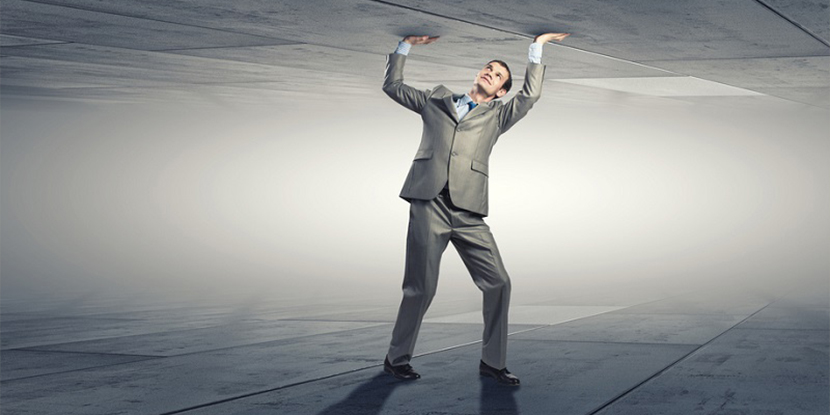 Claustrophobia is triggered by an extreme fear of closed tight places or overcrowded spaces. Such a person gets phobic by the fear of being locked in a windowless room or getting stuck in crowded places or elevator. Even driving in jammed traffic roads triggers fear and anxiety.

It is a common phobia. It sometimes feels as if you are about to have a panic heart attack due to the situation ensued. It needs therapy to overcome but sometimes a person automatically copes with it.

It is an irrational fear of small spaces. Wearing tight necked clothes or entering into the elevator, or even flying in an airplane leads to develop claustrophobia anxiety symptoms. It is one of the common psychiatric problems these days.

Symptoms of this phobia are sometimes apparent or some of them are not:

Anxiety occurs when; a phobic person faces packed elevator, riding in a small car or airplane, standing in a closet, being in a small room that is without windows, going through CT scan, standing in a large crowded place or a closet, public restrooms, tunnels, revolving doors, public transportation, store dressing rooms.

It also causes due to panic attacks that are caused by the imbalance of neurotransmitters in the brain. Sometimes, panic attacks occur out of the blue that the panic canter of the brain goes off even when nothing to get panicked happens.

Such type of person gets dizzy, shaky and sometimes a person might feel going crazy, die or lose control. The panic attack lasts for 10 -15 minutes and the person gets normal afterward. Or sometimes it causes when a person is in the shopping mall and suddenly, he starts getting a panic attack and if the person does not go out of the mall, another panic attack might occur and it can go worse.

It causes due to certain objects or activities or people. If biological parents have claustrophobia, then you are more likely to develop it. Genes play a role in developing this phobia. If you were locked down in an enclosed place in your childhood, then this experience also develops phobia. Sometimes, abuse, bullying or being stuck in an elevator also triggers.

Another cause is trauma. When someone has been traumatized in some condition where he/she was groped, assaulted, trapped or being tortured, a phobia may occur. Whenever he/she go through or think of some traumatic experience, he tends to develop the phobic panic attacks at the moment.

Its whole treatment is based on the strategy of “face the fear and you will overcome”. If someone is afraid of sitting on the first rows of the movie theatre, he should try to sit on the second last row then third last and gradually try to sit near the very front. It can help in improving breathing, overcoming claustrophobic panic attacks and any other symptoms.