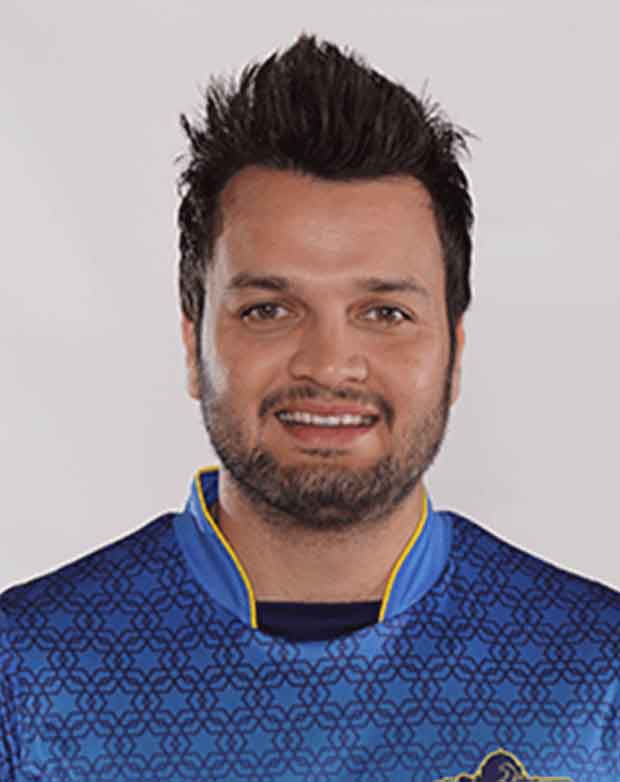 Hafiz Usman Abdul Qadir Khan born 10 August 1993 is a Pakistani cricketer. He was part of the bronze-medal-winning team at the 2010 Asian Games in Guangzhou, China. He made his international debut for the Pakistan cricket team in November 2020.

Usman Qadir is the son of Abdul Qadir, one of Pakistan’s foremost leg spinners. His uncle, Ali Bahadur, and brothers, Imran, Rehman, and Sulaman Qadir have all also played first-class cricket.

He’s the brother-in-law of international cricketer Umar Akmal, who married his sister Noor Amna in 2014.

In May 2018 he married stage and film actress Sobia Khan, born in Karachi but performing stage in Lahore, who has also done some Pashto movies.