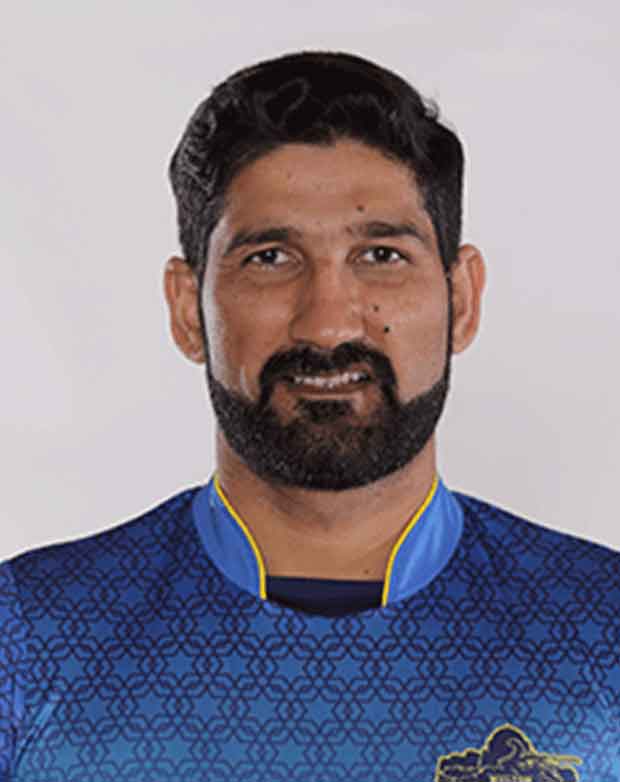 Sohail Tanvir  born 12 December 1984 in Rawalpindi, Punjab is a Pakistani cricketer, who has gained considerable international repute for his unorthodox left arm bowling action and particularly for the success it has gained him in the Twenty20 format of the game. Tanvir was the first ‘purple cap’ winner in the inaugural edition of the Indian Premier League and his best figures were 6 for 14 playing for the Rajasthan Royals. This bowling record lasted for over a decade in the lucrative and prestigious IPL league. His figures in the Caribbean Premier League for the Guyana Amazon Warriors against Barbados are some of the most impressive of all time (5 for 3 in the 2017 edition) Other notable mentions in the Caribbean Premier League include an 18 ball 50 playing for the St Lucia Zouks at the Daren Sammy Stadium including smashing three consecutive sixes against Kieron Pollard. Tanvir continues to play in franchise leagues across the globe as one of the most prolific bowling all-rounders in world cricket with economical bowling figures and an impressive strike rate.

Sohail Tanvir will be representing the Multan Sultans when the PSL resumes for the finals of the series in November 2020 after the team ended the league stage on top of the table. He is currently enrolled in the USA Open draft for the upcoming edition of the tournament running from December 16–20, 2020. In a 2020 interview, Tanvir described his 2007 Test debut wicket of Rahul Dravid in Delhi as the ‘ball of his life’ when the ball pitched outside leg stump and shattered ‘the wall’s off-stump in an unplayable manner.