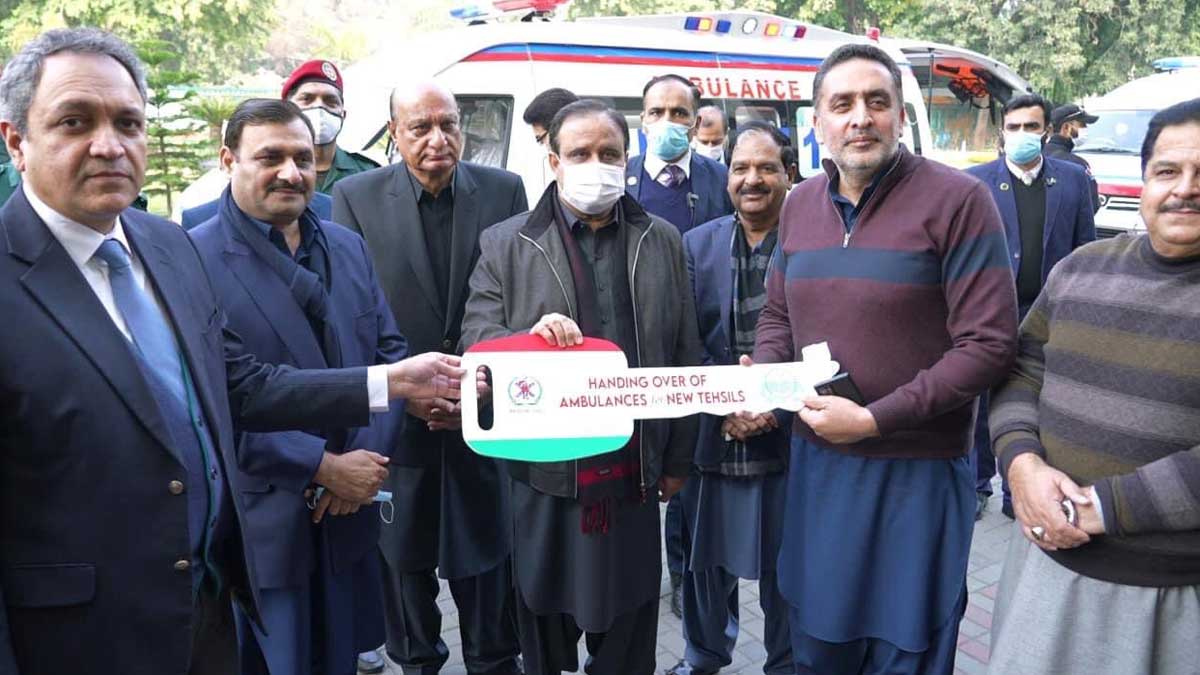 On Tuesday, Chief Minister of Punjab Usman Buzdar launched the Rescue 1122 service for 79 tehsils of the province. In a ceremony at the CM Office, 22 new ambulances were handed over to officers of 11 tehsils by Mr Buzdar himself in the first phase.

While speaking at the occasion, he said new ambulances had been provided for timely delivery of emergency service as new rescue stations had been built in 79 tehsils and towns of the province, the service would start in these tehsils by June 2022.

CM also said that Punjab would be the first province to introduce a Rescue 1122 air ambulance service, which would give emergency medical assistance a new identity as its scope would be extended to the remote areas.

“Every life is precious and timely treatment is the right of every person,” the CM underscored.

Moreover, the rescue service was launched earlier, at the district headquarters level across the province.

While speaking at the meeting, the CM condemned Marriyum Aurangzeb’s remarks on Prime Minister Imran Khan.

He asserted, Marriyum Aurangzeb had hurt every Pakistani and proved that the PML-N was devoid of moral, political and democratic norms. They (the PML-N leaders) should apologise to the nation for nasty words, he said and emphasized that no dignified person could choose such expression.