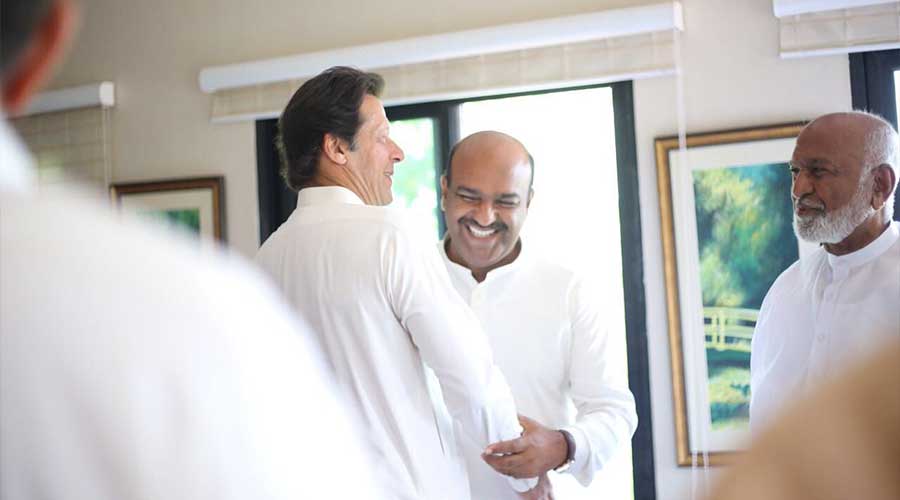 Prime Minister Imran Khan has accepted the resignation of his spokesperson and special assistant on parliamentary affairs Nadeem Afzal Chan. The resignation comes into effect immediately, according to the notification issued by the Cabinet Division.

PTI leader Nadeem Afzal Chan sent his resignation to PM Khan on January 13 and decided not to pull out from his resignation decision under any condition, according to sources.

On Wednesday, PM spokesperson Chan stepped down from his post and given up every privilege which was given by the government. Meanwhile, Pakistan’s premier received the resignation on Thursday.

Internal sources revealed that the resignation was due to differences with the PTI’s senior politicians. However, Chan hasn’t commented on his resignation and neither disclosed the reason behind it.

However, despite giving his resignation over disputes, Nadeem Chan stated that he would continue to serve party but don’t have any desire to occupy spokesperson post.

The sources revealed quote from resignation “You gave me the opportunity to work with you, from which I learned a lot,” the letter read.

The sources revealed that Nadeem Afzal Chan wrote in his letter that he cannot continue with the spokesperson responsibilities and expressed thanks to the prime minister for his trust and belief in him.

In addition to this news, some ministers in the cabinet, including Fawad Chaudhry, Shirin Mazari and Ali Zaidi, also recommended to PM Imran Khan to not accept his resignation.

He was appointed PM Khan’s special assistant on parliamentary affairs in January 2019. Formerly affiliated with the PPP, Chan joined the PTI in 2018. He was made PM Khan’s official spokesman before being appointed SAPM.