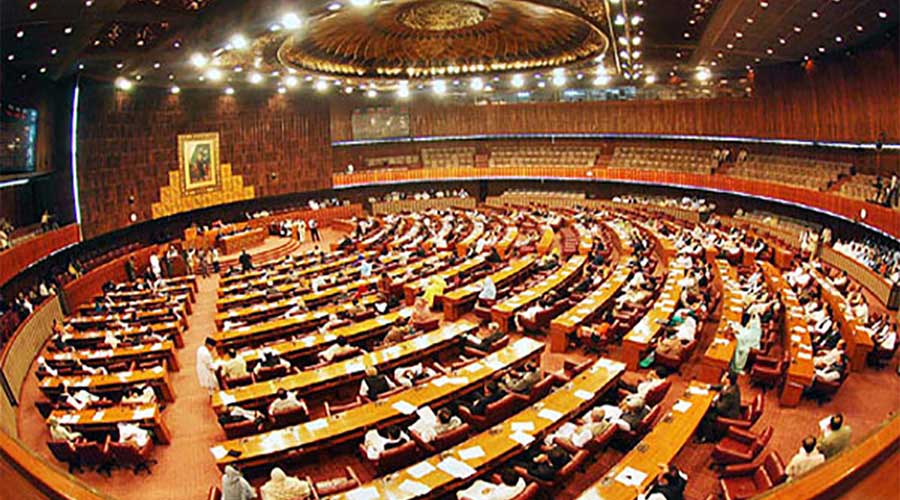 The Law Minister while speaking on the floor of the House, said that it was a historic day that the legislation related to FATF was being carried out with an agreement in the larger interest of Pakistan. “Whitening the economy and checking terror financing is important to take the country forward on the path of development,” said Naseem.

Foreign Minister Shah Mahmood Qureshi while addressing the floor of the House said terror financing and money laundering are big hazards and a threat that challenges the country and needed to be eradicated out the country.

He referred to the opposition parties’ complaints related to the amended Anti-Terrorism Bill being approved on Monday by National Assembly Standing Committee on Finance. “Long deliberations were held with the Opposition parties to reach consensus on the FATF related legislation”.

Opposition parties defended themselves and said that none of their proposals was included in the bill, including, granting powers to NAB, parliamentary oversight through the inclusion of parliamentarians from Opposition in high powered National Executive Committee for curbing its misuse for political victimization, real estate, and other services and business activities into more difficulties, money laundering as a cognizable offense, and placing jewelry, etc.

Moreover, under the chairmanship of Faiz Ullah Kamoka NA standing committee on finance bill cleared the bill within 25 minutes with 9 votes from treasury benches in its support while opposition benches’ members voted the amendment down.