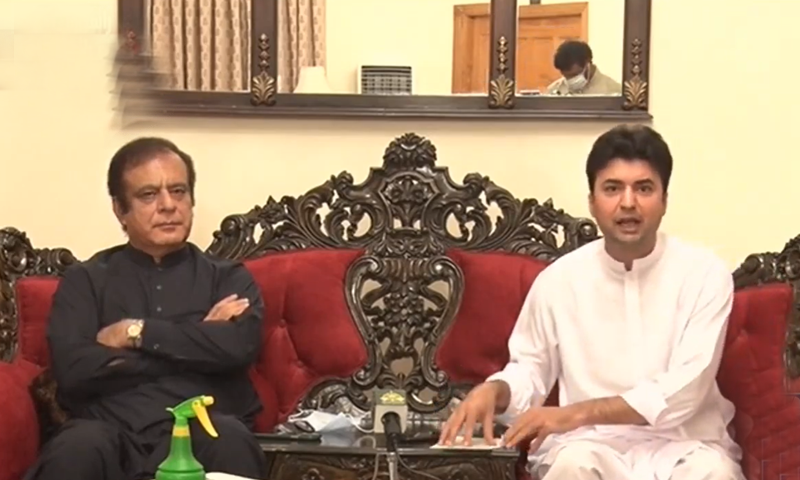 The federal ministers, Shibli Faraz and Murad Saeed said that the center is successfully fighting the coronavirus but Pakistan Peoples Party is not taking it positively.

In a joint press conference in Islamabad, Murad Saeed the Federal Minister for Communications said that certain political parties are doing point-scoring even on the pandemic and not appreciating that government is effectively fighting the coronavirus. “Bilawal Bhutto Zardari comes to address his own written speeches. He does not even trust their own hospitals. They had promised to send the ration to the people which is still unfulfilled”.

“Around 400 to 500 people die by hunger every year in Sindh but PPP leaders claim that none dies by hunger in Sindh. Children do not get proper food in Sindh”. “You were given the financial resources to deal with pandemic but you did corruption is it too”. He said that PPP and PMLN(N) have indebted the country badly. Even big world economies are helpless before the corona.

Mr. Saeed added “The Prime Minister has said that masses are not only to be saved from corona but also from poverty and unemployment. A package of Rs.144 billion has been spent on 12 million families. Packages were also given to the business community and industry. Mask kits were provided to the provinces and center increased the testing capacity to 30,000. Today, the masks and sanitizers are being exported”.

Mr. Saeed added that we have to connect 15450 hospitals with the online system, 20000 doctors have been trained, the smart lockdown has been started at 848 places, 83 industrial units have been closed because of violating the SOPs, additional 50 billion Rupees have been released for health.  We are providing training and other equipment to the Provinces. Sindh government was given 550 billion rupees but not even single hospitals could have been established there which may treat Zardari, no vaccination is available for the patients bitten by dogs in Larkana.

Shibli Faraz the Federal Minister for Information and Broadcasting then said that The Prime Minister kept the masses fully aware of the situation of the corona. He said that all the Chief Ministers are the part of NCOC but the Chief Minister of Sindh agrees to the things in the session but after going back, he starts bashing government decisions.