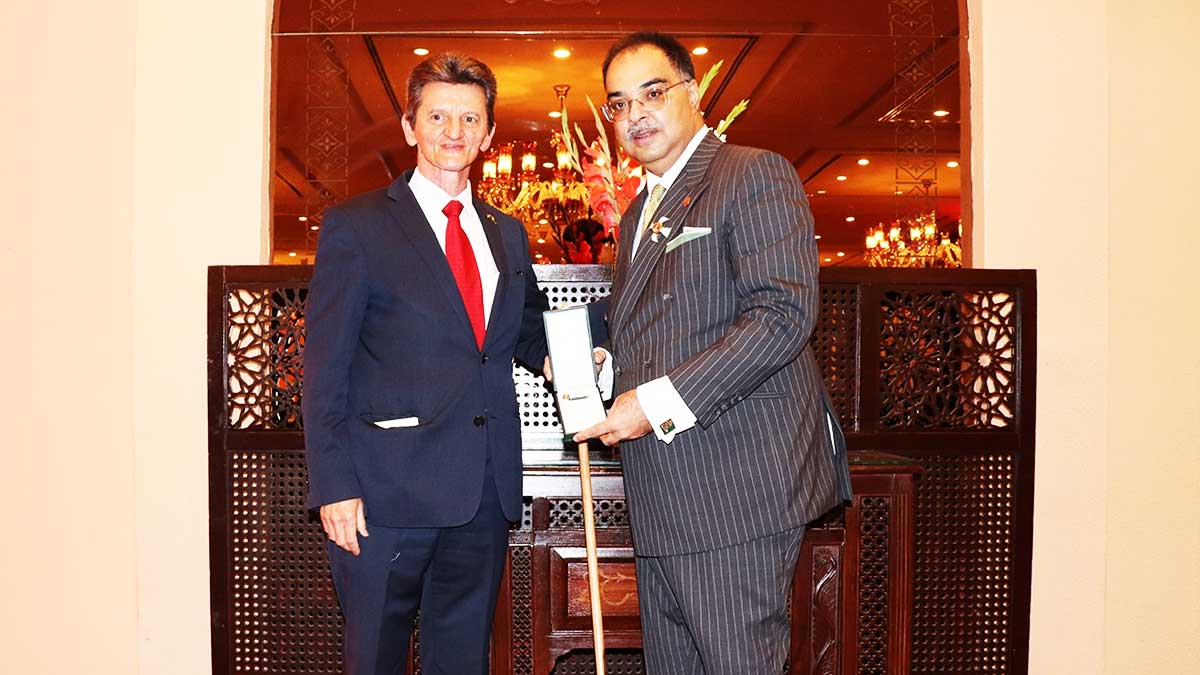 President & CEO of The Bank of Punjab, Zafar Masud, was bestowed with the highest civil award of Hungary for leading the initiative to further reinforce Hungarian-Pakistani cross-cultural relations by reinstating the historically momentous sub-continental artwork of Hungarian Artist August Schoefft.

In a ceremony held in Islamabad, the award “The Officer’s Cross of the Order of Merit of Hungary” was presented to Mr. Masud by the Hungarian Ambassador to Pakistan, H.E. Mr. Bela Fazekash, on behalf of H.E. the President of the Republic of Hungary.

The event was also attended by officials of the Embassy of Hungary, and other local and foreign dignitaries.

Speaking at the event, BOP CEO said, “The restoration of the 19th century Hungarian Artist August Schoefft’s paintings at Lahore Fort through experts from Hungary to their original grandeur was fully sponsored by The Bank of Punjab as being one of its most significant Corporate Social Responsibility initiatives.”

“It signifies the importance attached by BOP towards preserving our national – and our common International heritage, tying very closely to our value proposition,” he added

Zafar Masud further stated, “These paintings portray an important period of the Subcontinent’s, and now Pakistan’s, history; and are a precious surviving testament of the common heritage of Hungary, Pakistan, and the Sikh Community. This is to my mind is a true depiction of our tolerance and acceptance for all cultures and societies, as a nation.”

Meanwhile, Mr. Fazekash, the Hungarian Head of Mission, stated that this honor was given to Mr. Masud “in recognition of his outstanding contributions to strengthening Hungarian-Pakistani cultural cooperation.”

He continued that this initiative to restore and demonstrate the 11 Schoefft paintings at the Lahore Fort could have only been realized due to the substantial sponsorship of the Bank of Punjab.

Additionally, August Theodor Schoefft was a son of a local portrait painter. He was born in Budapest in 1809 to German parents who had migrated to Hungary. He succeeded to secure numerous well-regarded portraits including Count Istvn Szchenyi.